What are Common Financial Mistakes Made in a New Jersey Divorce? Mr. Clancy has been a member of the firm since its inception, and has been a partner since 2012.  He focuses exclusively on matrimonial and family law matters, and is a NJ Supreme Court Certified Matrimonial Law Attorney. He is admitted to practice in the State of New Jersey and the U.S. District Court of New Jersey. From 2013 through 2018, Mr. Clancy received the honor of being included in the Super Lawyers Rising Stars* list published by Thomson Reuters, relative to being a divorce attorney.

Mr. Clancy is a resident of Morris County and is the Treasurer of the Board of Directors of his Homeowner’s Association.

Nominated to SuperLawyers® List 2013 to 2019
Our attorneys have received the honor of being included in the Super Lawyers and/or Super Lawyers Rising Stars list(s) published by Thomson Reuters, relative to being divorce attorneys. The dates of their inclusion are noted above. The qualifications or requirements for being included on said list can be viewed here. 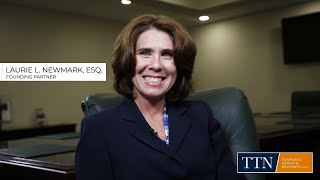 John E. Clancy and fellow partner Laurie Newmark  featured in an interview by News 12 regarding a recent child support lawsuit filed against The State:

*No aspect of this advertisement has been approved by the Supreme Court of New Jersey.